Jaden Smith created a water filtration system for the people of Flint, Michigan, and launched the “I Love You” food truck on his birthday this month to feed vegan meals to the homeless in Los Angeles. Now the rapper and young entrepreneur says he’s ready to become a full-time inventor. “I want the world to know that I am switching professions and that I am becoming a full-time inventor,” Smith tells Complex .

Source: Jaden Smith on why he’s ‘becoming a full-time inventor’

With all the recent racial tensions in the United States, it’s refreshing to see that progress is being made in the area of racial justice. Similar to how tribunals were set up in the aftermath of the Rwandan Genocide and apartheid in South Africa, tribunals are needed in the US to repair the lasting and historic damage of racial violence and terror in America.

Source: What To Expect From The Nation’s First Statewide Commission On Racial Terror Lynchings

In 2016, artist Marcus Williams and writer Greg Burnham came out of nowhere with a Kickstarter for a comic book concept that blew everyone away. They took the real-life story of the famous Tuskegee Airmen, the first black military aviators in the U.S. Army Air Corps (the precursor to the U.S. Air Force) and updated it with kids and superpowered mechs to create Tuskegee Heirs . 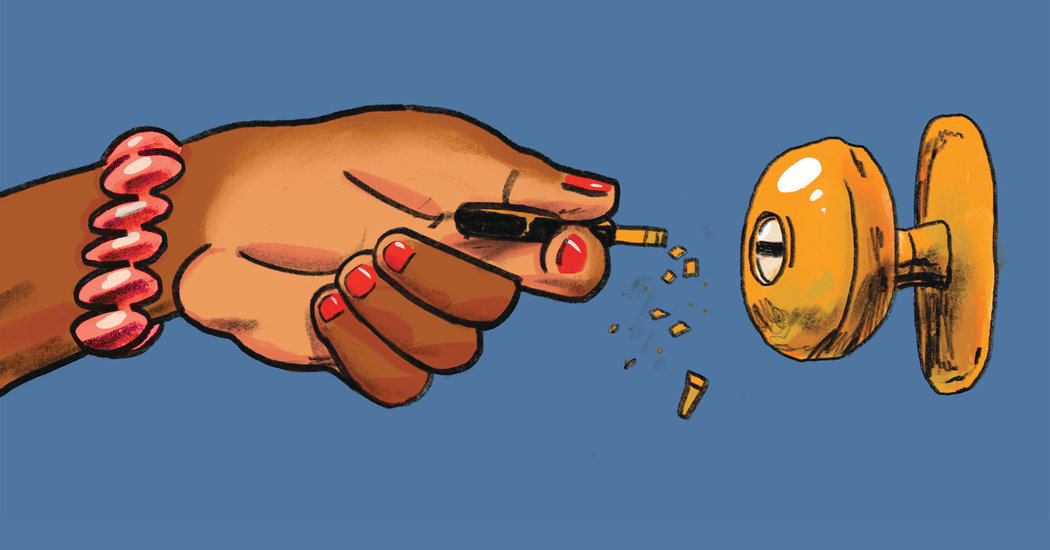 Via the New York Times

When I was younger, I wanted to be like Khadijah James when I grew up. She had a really “black”-sounding name like mine, ran her own magazine business, was not too girlie, remained down for the people, achieved what she wanted, was loyal to her friends and had a fine man. She was also fictional. But that just made it better: The actress who played her on “Living Single,” Dana Owens, better known as Queen Latifah, was from New Jersey — just like me.

Today I laugh at my early-90s notion of making it. Yet, at its core, it never really changed. My American dream was to not mess up. My dream was to defy expectations. To be unpredictable, to do something better and something more than my ancestors did.

The American dream, the idea that anyone can succeed through hard work, is one of the most enduring myths in this country. And one of its most prominent falsehoods. As I entered my 30s, still navigating what achieving the dream would mean, I wondered what other black millennials were feeling. I wanted to figure out what my generation of black Americans thought about the promise of the American dream and how we can attain it.

Over the course of several years, beginning in 2014 through last year, I spoke with more than 75 people in their 20s and 30s from places like New York; Raeford, N.C.; Jackson, Miss.; and New Orleans. They were Americans from various parts of the African diaspora, class backgrounds and sexual identities. Many of these black millennials told me that their dreams can’t be realized in the same ways as others’ can, particularly their white counterparts, despite perceptions of equality in this “woke” generation.

They were frustrated by the reality of limited opportunities — and also frustrated that many people, including black people from different generations, didn’t understand why we couldn’t just pull up our pants, find a job with our fancy degrees and be happy.

I had many of these conversations at a time when unarmed black men and women were being fatally shot by the police, which led to social movements, many led by people in my generation. But after it was proclaimed to the world that our lives mattered, as video after video of young black people being harassed continued to circulate widely, it often felt like opportunity and even justice would never be ours to claim.

Today, young black Americans are not being chased down by dogs, we don’t have to fight to use the same restrooms and water fountains as people who don’t look like us. But we’re still tired of having to prove our humanity and trying to make sure that America makes good on its promise.

I’m an early millennial or, as some people put it, an “old millennial” — meaning I am among the first of the generation that has come to be defined by this term. I attempted to claim a piece of my American dream through homeownership, and quickly I saw how much of a falsehood that dream could be.

I bought my first home in August 2005. I was working as a production assistant at a television network and was excited that I would now have a visual marker of success. I was 25, just a few years out of college, and everything felt possible.

At the time, I was making $28,000 a year — nothing much, especially when you live 10 minutes away from Manhattan — but credit was free flowing, and I qualified for a $250,000 “no doc” adjustable loan. It wasn’t a lot, but with some savings and some money that my mom and great-aunt promised to give me — a privilege a lot of black people don’t have — I knew I’d be able to make a 20 percent down payment.

Almost all of my closest family members owned their home: My grandparents, my great-aunt and, most important, my mother. She bought her home several years after I was born and constantly talked about how tough that was to do in the early 1980s as a single woman. She was always clear about the importance of owning your own things. It meant having control over your life; it meant freedom.

So back in 2005, it seemed like a good idea to buy an apartment. I looked in Englewood, where I grew up, but in the East Hill neighborhood, across town from where I was raised. My mortgage broker told me I needed to get out of my adjustable loan in two years and get a conventional mortgage. She sort of warned me it was a bad deal, and I could understand why. But she didn’t warn me against doing it at all. She was black, middle-aged and seemed to take a “by any means necessary” approach to black people owning property. I understood that, too. I marched up to my new, small, one-bedroom apartment on the Hill, satisfied. It felt as if I’d broken barriers.

But when I got a notice in the mail about five years after I closed, I felt dizzy. It was not long after the financial crisis. The letter said that my mortgage company had been charged with giving subprime loans to black and Hispanic people around the country and asked if I wanted to join a class-action suit. I had most likely been the target of predatory lending. I had known from the start that my income could make me a target. I’d heard the words of the broker. But because of my race? It hadn’t crossed my mind. I was devastated.

I was reminded of this moment years later, when I was talking to a young man named Bleu who lived in Florida.

He loved playing basketball, did well at his charter school and hoped to become a forensic scientist — the version of the American dream that rewards merit and achievement, his version of saving for a mortgage. His family had no resources to get him to college, though, and he took a job at a fast-food restaurant after graduating from high school. He tried to enroll in a for-profit college, but the monthly fees got too expensive. He dropped out after he missed the third payment.

We were talking by phone as he drove home from work one night, through Tampa. He was talking about the political climate and racism today. “Not only do you have to worry,” he said, “about not having food to eat, but as a black person, you have the added burden of just trying to make it home alive.”

And then he got pulled over by the police.

The two officers, one black and one white, pulled him over because they said he ran a stop sign. They let him go with a warning, but Bleu said it was a good example of how precarious his life is: “Imagine if I got a ticket. Now think about how would I pay my bills and pay that ticket and pay whatever court cost that they would give me if I had to go to court?” He continued: “Making $200 every two weeks doesn’t leave much room for incidentals like this.”

How much room is there in anyone’s life for a mistake or the perception of a mistake if you’re young and black in America? How much of the American dream hangs in the balance? For the dozens of people I talked to, the reality is that if we want our dreams to come true, all too often we have to be almost perfect, making the right decisions all the time. Not getting that ticket. Not listening to that mortgage broker. Not speaking up.

I left the letter open on my dining room table for months. Ignored the others that followed. I was never able to send back the form to join the class-action suit. I couldn’t admit that I had been duped. I wanted to have something that felt like mine.

I know the history of this country, know the history of redlining, know how my grandparents were locked out of neighborhoods because of their skin color. But for some reason I was still surprised. I would say I was mad, but more than that, I was hurt that I had been lulled into some kind of false bourgeois comfort that had made me think that my life was different from my predecessors’ lives. Sure, I had made it up that Hill, but at what cost?

I let the letter sit until it was too late. Years later, I got another notice. The mortgage company had decided to settle the discrimination case. It would pay a fee of several hundred dollars to each homeowner who had signed on to the class-action suit. Sometimes I’m still mad about that money I lost.

I finally decided to put the condo on the market in 2018. My version of the American dream downsized and put on hold. I sold it for far less than I paid in 2005.

Reniqua Allen (@rnz1) is the author of the forthcoming “It Was All a Dream: A New Generation Confronts the Broken Promise to Black America,” from which this essay is adapted.