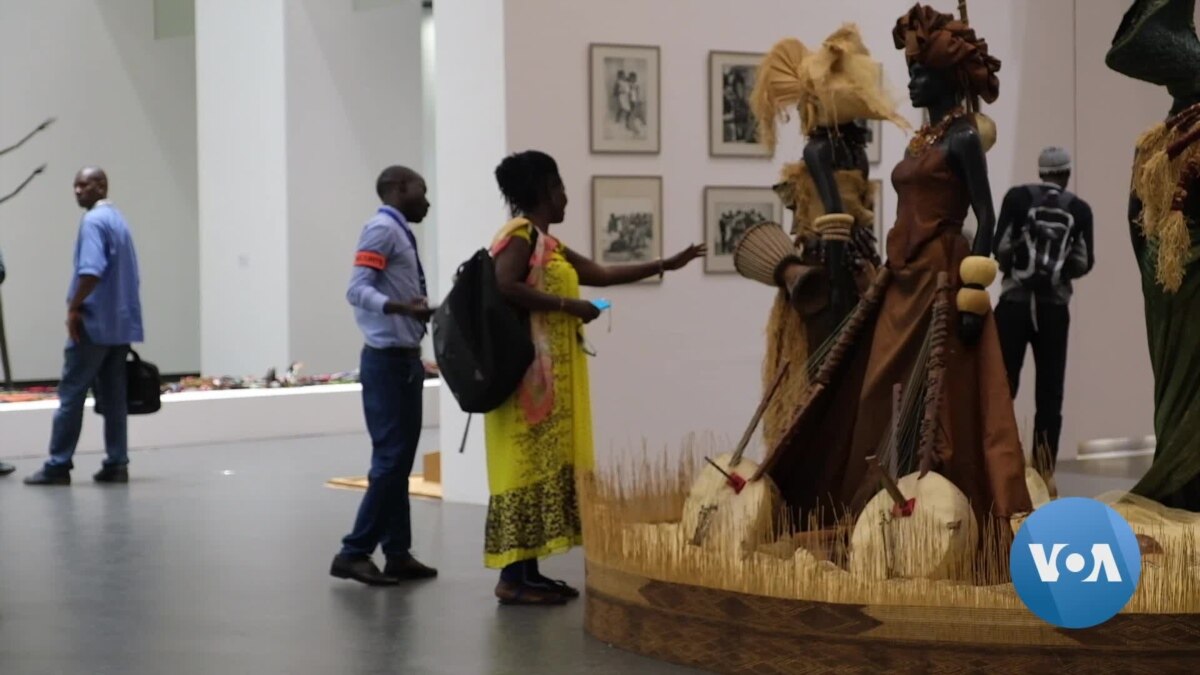 DAKAR, SENEGAL [via VOA News] —After an official inauguration last month, Senegal finally opened the Museum of Black Civilizations to the general public this weekThe four-story structure is home to one of Africa’s largest art collections and has room for 18,000 works in all.

Visitors on the first day, like Solange Lopes, expressed enthusiasm for the new institution.

She says she loves it and “it is really impressive. It is really magnificent to have so much African art brought together here,” she says, “because it is from here, it is from Africa.”

Calls for art to be returned

The museum opening comes amid global calls for European countries to return African art looted during the colonial era.

A recent report commissioned by French President Emmanuel Macron identified 46,000 objects at the Musee du Quai Branly museum in Paris that would qualify for repatriation.

Corinne Diagne from the U.S. state of Texas visited the museum on opening day with her husband, Amdallah Diagne, who grew up in Senegal.

She thinks the museum would be a great spot for visitors to see African art on the African continent. She says European countries should return the artifacts.

“This is the time,” she said. “I think this will be a great way to bring African art back to Africa and give people a central location they can go and see.”

Visitors are pictured at the newly inaugurated Museum of Black Civilizations in Dakar, Senegal, Dec. 6, 2018.

Museum Director Hamady Bocoum says the museum will be a space for conversation on a global scale.

With contemporary exhibits at the museum as well, artists from Dakar hope the Museum of Black Civilizations can also lend exposure to the city’s vibrant contemporary art scene.

“The museum is new, but already it has international coverage that can bring them a lot of credibility,” he says, “for Senegalese artists and contemporary African artists.”

For now, the new museum’s workers are happy to welcome visitors.

Soon, many in Senegal, and beyond, hope the museum can also welcome African art back to the continent.